CMU team wins the ‘Test of Time’ award at KDD 2016 for their 2005 paper: Graphs Over Time: Densification Laws, Shrinking Diameters and Possible Explanations Jure Leskovec, Jon Kleinberg, and Christos Faloutsos KDD is the flagship conference for large-scale data mining. Jure was a phd student at SCS/MLD (and currently a professor at Stanford). Jon was visiting CMU for his sabbatical. The paper made the surprising discoveries that real graphs become denser over time, following a power-law pattern, and that Read More 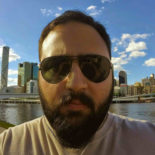 SIAM SDM is one of the top conferences in data mining. Specifically, Vagelis  attracted the 'best student paper award', with his single-author paper on tensors   Evangelos E. Papalexakis, Automatic Unsupervised Tensor Mining with Quality Assessment There, Vagelis showed how to measure the goodness of a tensor decomposition, and how to automatically determine the correct rank of such a decomposition. Moreover, CMU/SCS alumna Prof. Leman Akoglu, and her student,  attracted the 'best  paper runner-up award' for their paper on anomaly Read More 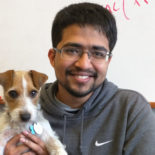 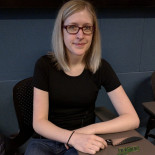 Vagelis has been invited to participate in Dagstuhl Perspectives Workshop,"Tensor Computing for Internet of Things" (16152), to be held at Schloss Dagstuhl in Germany from Sunday, April 10 to Wednesday, April 13, 2016. Schloss Dagstuhl, a nonprofit institution with associates from eleven universities and research organizations, is one of the world's leading research centers in informatics. It has been hosting invitation-only Dagstuhl Seminars and Dagstuhl Perspectives Workshops since the center's founding in 1990. More information about Schloss Dagstuhl and our Read More 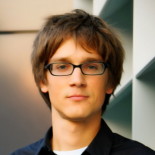 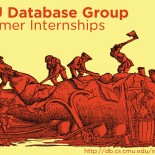 The Carnegie Mellon Database Group is offering multiple internship positions for a special summer research project at its Pittsburgh, Pennsylvania campus. It will be an intense 12-week internship from June to August 2016. The project will be to work on a new open-source distributed database system from scratch. Thus, we are looking for candidates that have strong systems-level C/C++ programming skills. Interns will be paid a three-month summer salary (commensurate with skills and experience) and the cost of travel expenses. Read More 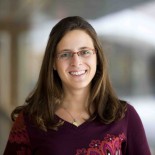 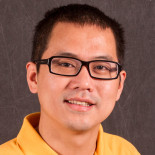 CMU/SCS team and alumni win the ICDM 2015 10-year highest impact paper award, for the paper Fast Random Walk with Restart and Its Applications by Hanghang Tong, Christos Faloutsos, and Jia-Yu Pan. ICDM is one of the top data mining conferences. The paper had also won the 'best research paper' award that year. It shows how to quickly compute the so-called 'personalized random walk with restarts', to estimate node proximity, with applications in image captioning and co-authorship graphs. The paper Read More 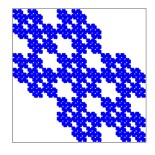 The paper details are: Jure Leskovec, Deepayan Chakrabarti, Jon M. Kleinberg, Christos Faloutsos: Realistic, Mathematically Tractable Graph Generation and Evolution, Using Kronecker Multiplication. ECML/PKDD 2005: 133-145 ECML/PKDD is one of the top data mining conferences. Both Jure and Deepayan were SCS phd students in 2005, advised by Christos, while Jon was on sabbatical at CMU. Both Jure and Deepayan are now tenure-track faculty, at Stanford and U.Texas-Austin, respectively. The paper showed how to generate realistic graphs, using recursion and self-similarity. Read More